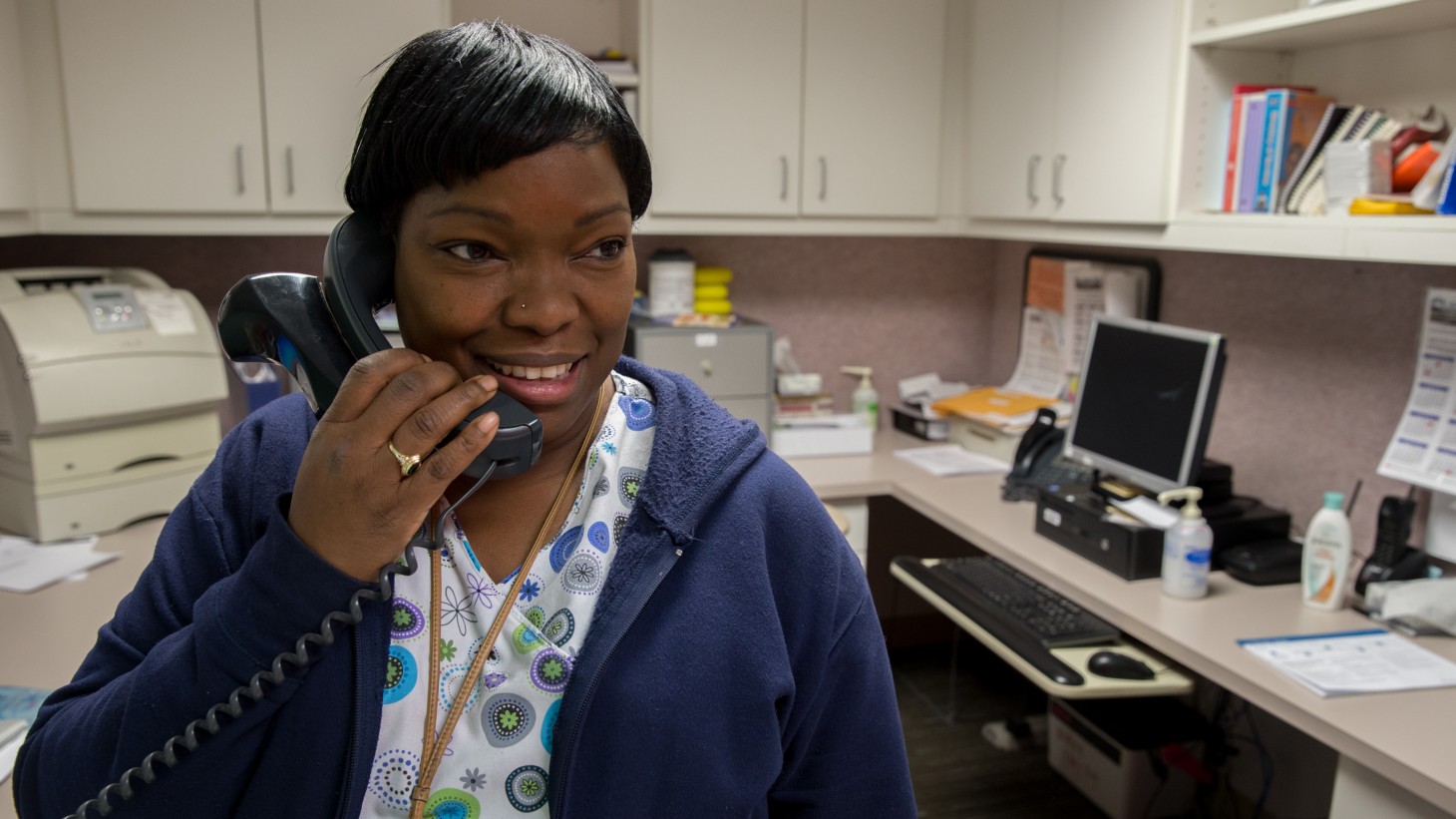 After their letters to members went unanswered, the members of the Burke Primary Care team changed their approach.

Instead, clinical assistants called patients with the message, “Your doctor is concerned that your blood pressure is not being controlled,” says Angela N. Williams-Edwards, RN, a member of UFCW Local 400, the team’s lead nurse and former labor co-lead. “It worked better because it was more personal.”

This was in 2011, when the team had challenged itself to get more patients’ blood pressure under control and reduce their risk of a wide range of diseases. They succeeded—and their success mushroomed, with the other centers in Northern Virginia adopting it. All Primary Care teams share the goal of having more patients with blood pressure in a healthy range, and there was no reason for the other teams to start at square one since Burke had demonstrated its way worked—and worked well.

Four years ago, to entice members to come in more frequently to better manage their hypertension, the Burke team also made changes to make the visits for blood pressure checks as appealing as possible:

All of these factors helped the Burke unit-based team increase the percentage of patients whose blood pressure is under control from 75 percent in January of 2011 to 85 percent by August of 2011. Today, the team has not only maintained that improvement but surpassed it. As of November 2014, the team boasts that 90 percent of its patients with hypertension have their blood pressure under control.

“Burke worked so hard to have the results sustained,” says Eileen Chiama, who has been the team’s management co-lead and clinical operations manager for about three years. “We achieved these gains through the huddling process and by keeping focused on it. It became part of our normal workflow.”

Moreover, Chiama says, “The workflow process was shared with other medical centers. The way you spread is to find a champion—someone on the team who is so passionate about the goal.” She says Edwards-Williams is that champion at Burke. “Never underestimate the power of one to generate enthusiasm in the rest of the team.”

Marianne Henson, RN, who was the team’s manager when the project first started, says she met regularly with the area’s other internal medicine clinical operations managers. “We share best practices that way,” she says. Now, several Northern Virginia teams—including Henson’s current teams at Falls Church and Tysons Corner—have improved their rate of blood pressure control, too.

More From the Spring 2015 Hank

Stories and tools to help your team spread or adopt successful practices:

41 people found this helpful. Was it helpful to you? YesNo